The Birth of an Ice Cream Man 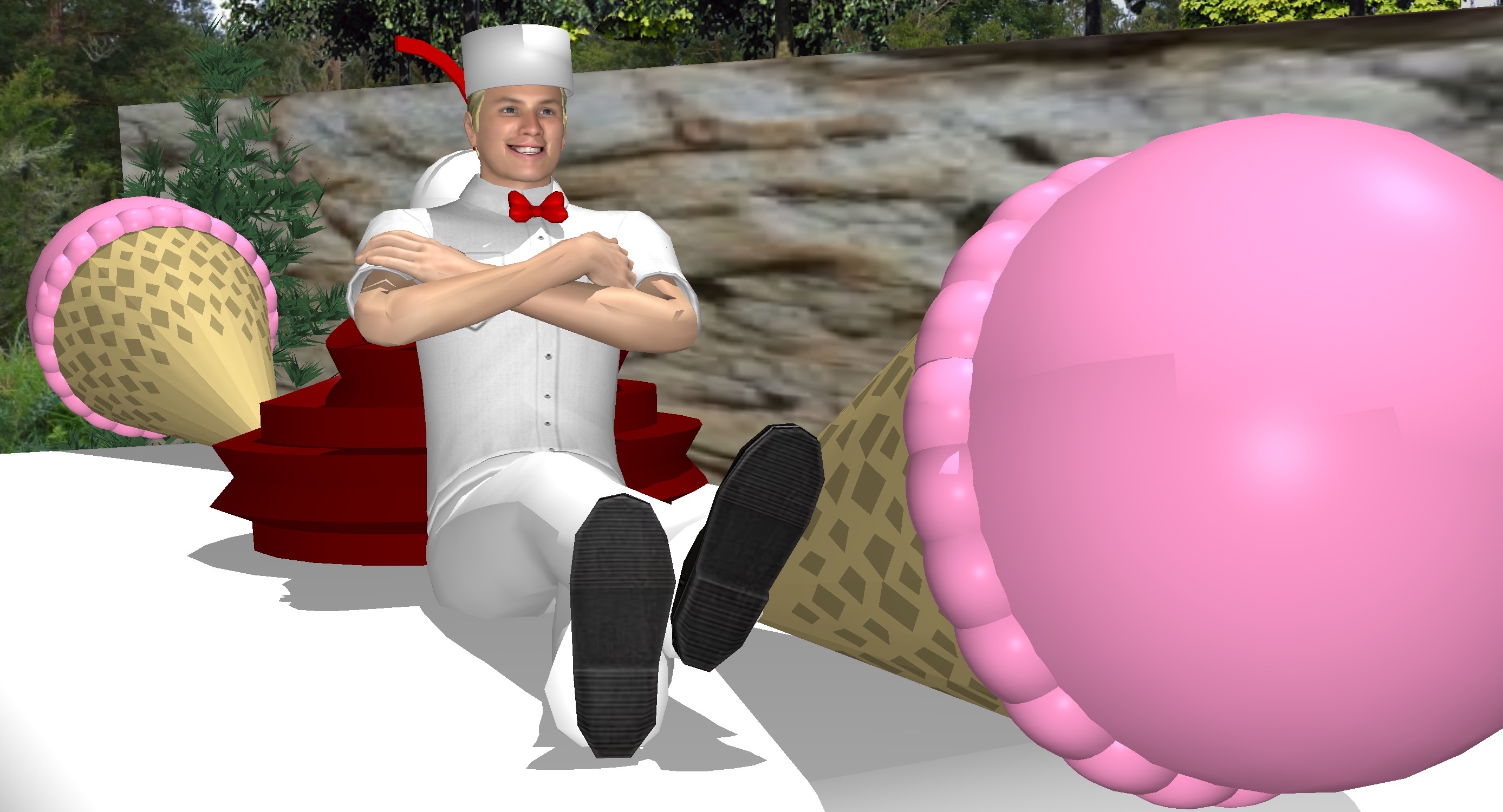 Some early concept art (previsualization) for the feature film “Ice Cream Man”.  Johnny sits atop his trusty truck, while on break.  He looks out over the open lake.  The image was created with the program “Frameforge Previz”.  The model for the ice cream truck was downloaded from “Google 3D Warehouse”

To date, I’ve written six feature screenplays, co-wrote two more feature screenplays, and I’ve written countless short screenplays, comedy sketches, and short stories.  Every piece takes on its own life and has its own story.  Some you intentionally seed, leaving them to either grow or whither, based on how you nurture them.  In more rare instances, one story might die allowing a new one to ascend from its decay, like a mushroom growing from the husk of a felled tree.  The story of “Ice Cream Man” is one of those mushrooms.

Many years ago, back when I lived in Vancouver, I was offered the chance to help a new friend develop a script for a graphic novel.  This was a passion project of her’s, and she had worked on it, on and off, for years.  It was an epic sci fi/fantasy story, and a fun one to work on.  After the completion of the first draft, her and I ended our collaboration, but on good terms.  I helped where I could, but I had other commitments.  I wouldn’t say her project died, it could always be resurrected, but it did bring with it some epiphanies.

One of our writing sessions began as they usually did.  They were half writing and half socializing.  We had fun with it.  On a bright and ordinary summer day, the two of us were making progress, nothing out of the ordinary.  She needed to pause our session so she could take care of something in the other room.  I was left, chilling on the couch.  It was in this silence that a tune caught my ear.

It was a song that delights children across the world.  A song that brings with it the promise of a cool and sweet recess from a hot day.  It was the jingle of an ice cream truck.

I sat there, in a trance.  Too far to catch the truck by foot, but too close to escape its creamy chimes.  I sat and listened.

It didn’t take me long to type up a short screenplay about a repressed middle aged man stuck in the repetitive job of an ice cream truck driver.  A man with a quiet and cheery exterior, but with dreams never fulfilled.

I showed a bunch of my film buddies what I had come up with.  Their eyes lit up, as if they themselves expected an icy treat at the end of the song.  The end of the story was indeed icy.  It was tragic but sadly relatable.  People enjoyed the read.  An actor friend offered to co-produce the short film with me.  I almost took him up on it.  Once again, I had other commitments.

It was years later, in Toronto, that I finally revisited the story.  I was in a state of burnout and writing was the only thing I wanted to do, and for a stretch of time.  In that time, I wrote three feature screenplays in a row.  The feature version of “Ice Cream Man” was number three in my writing spree.  It was also a film I decided I would produce myself.

Boredom and stress, the chisel and hammer that guide a writer’s hand.

You can support “Ice Cream Man” by signing it’s petition at https://www.gopetition.com/petitions/ice-cream-man-a-dark-comedy-with-a-sweet-tooth.html

You can learn more about this film’s Project Page. 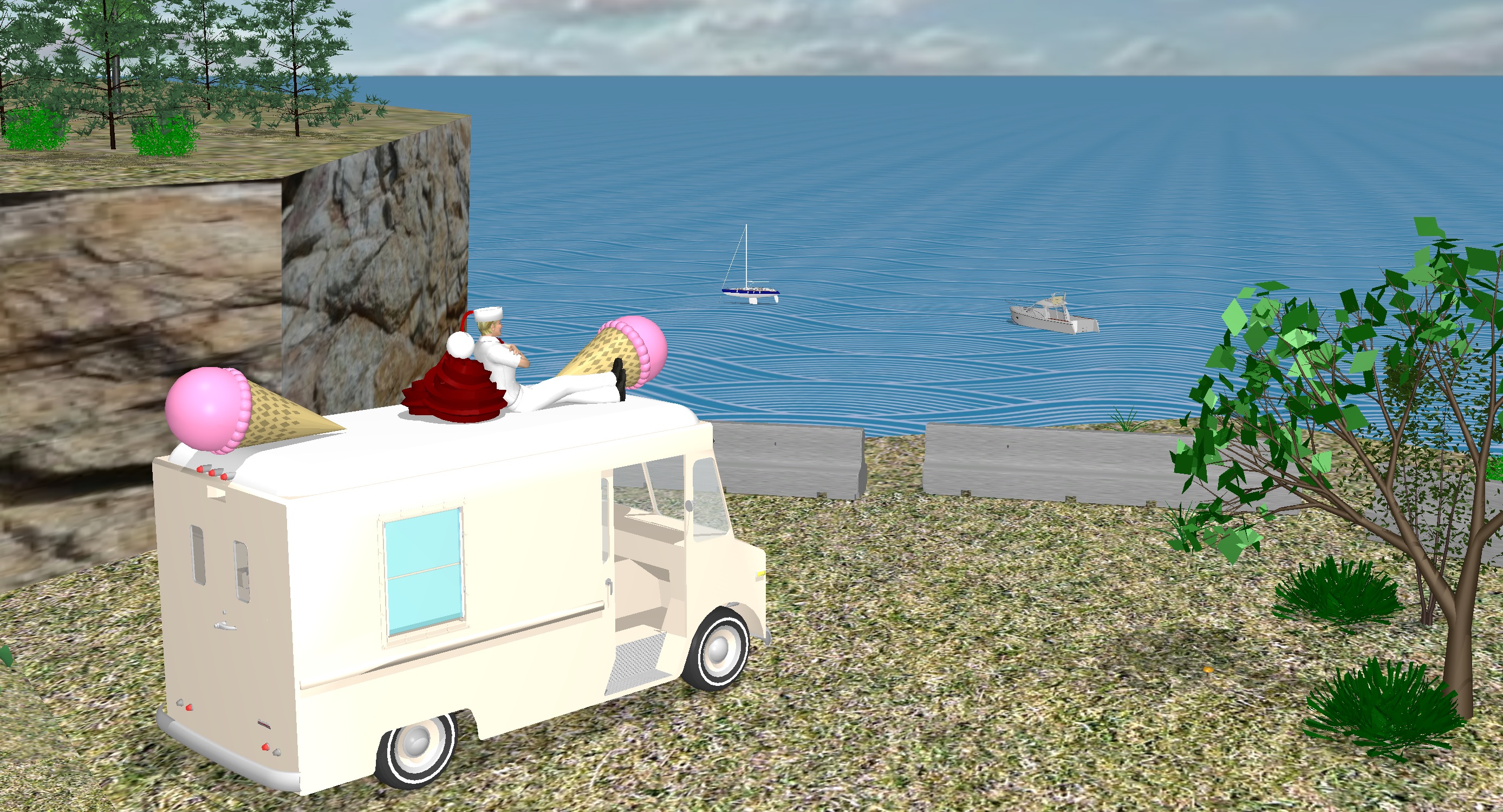 Another piece of early concept art.  Johnny takes a break on the outskirts of his small vacation town.  The film will be shot “live action”.