It came to me in a dream 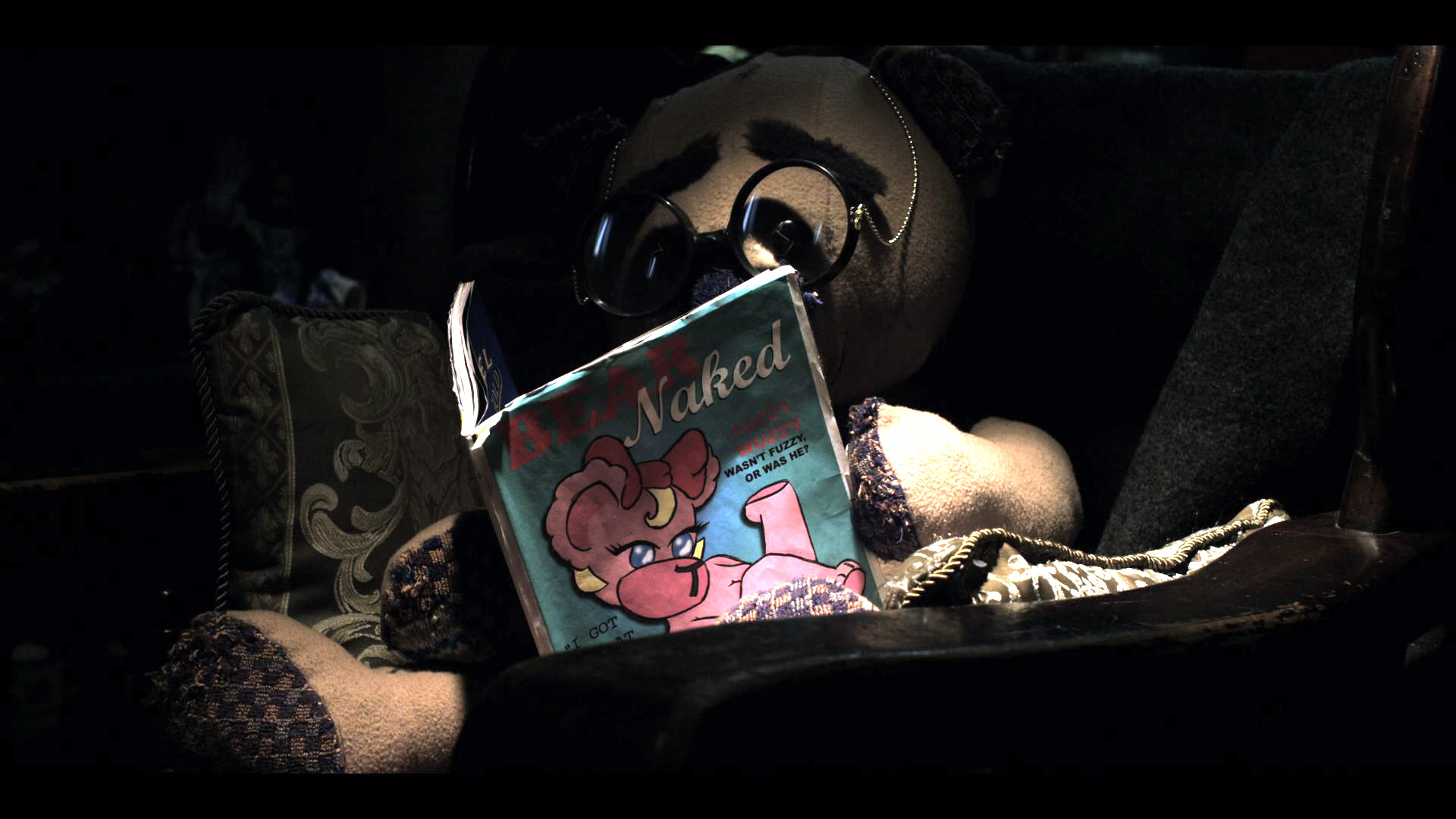 A gif from the short film “Grow the Fuck Up!”. Poor Margret thinks she’s losing her mind.  Like something out of a fucked up dream.

Stories come to us for a plethora of different places.  It could be based on a significant event in your own life.  A friend could share a story with you, and it get’s stuck in your head.  A news story could have a lasting impact on you.  You might become inspired by a classic novel, a movie, a moment in history, a profession, a scientific achievement, a stripper with an ironic tattoo… The possibilities are endless.  The story of how I came up with the concept for my short film “Grow the Fuck Up!” might surprise you.  It came to me in a dream.

I don’t have the best sleeping habits.  I suffer from insomnia, moderate sleep apnea – yes I wear a mask to bed – and without the mask, I snore.  I’ve had some rare instances of sleep walking and sleep paralysis.  For those who aren’t familiar, sleep paralysis is like a waking nightmare… literally.  You half wake up or half fall asleep.  While trapped in this in-between state, your body is paralyzed.  This state of paralysis keeps your body from moving around while asleep.  During sleep paralysis, your eyes are usually open, and you can see your surroundings.  While in this state, your mind falls into a state of paranoia.  You might even hallucinate.  Those visions might manifest as an intruder, a wild animal, a demon, an alien, Bill Maher… something terrifying or intimidating.

During an incident at the age of thirteen, my vision manifested itself as my stuffed elephant, Joey.

This crazy hallucination happened while I was awakening from a dream.  I can’t remember much about the “lead-in” dream, only that it took place in a Roman Colosseum.  As the dream came to an end, the colosseum began to fade-out, and my bedroom faded in.  I could see the inside of my bedroom, but I couldn’t move a muscle.  I couldn’t move my arms, or even turn my head.  Before my eyes, a murky figure began to emerge from the shadows.  It took form, and came into perfect clarity.  It was Joey.  He hovered in the air above my head.  The stuffed elephant looked down on me with complete authority.

The furry little phantom, with his adorable cottony trunk and tusks, scared the shit out of me.  He lectured me on how my childhood was over.  My own insecurities over growing up were starring me right in the face.  Those insecurities took on a life of their own.

I don’t know how long the lecture went on for, but the message hit home.  All I could do, was lie there, paralyzed and silent, enduring a verbal beating dished out by a stuffed toy.  When he was done with me, he floated backwards back into the shadows.  He vanished in the same manner for which he first appeared.  The room got slightly brighter, and I could move and speak again.

My short film “Grow the Fuck Up!” and it’s feature screenplay companion “Stuffed!” had many influences.  I took experiences from my own life, and from the lives of friends and colleagues.  In many ways, the teddy bear Mr. Gregory, is a reflection of my own dark side, as well as my own insecurities.  Yes, I admit it.  What do you expect?  I work in the film industry, so I really have no shame.  Even with all of these influences, that weird fucking paralyzed hallucination-dream was the spark.  Nothing with my brain is ever simple.

We all have stories to tell.  Try rummaging through your imagination every once in a while.  You never know what you’ll come across.