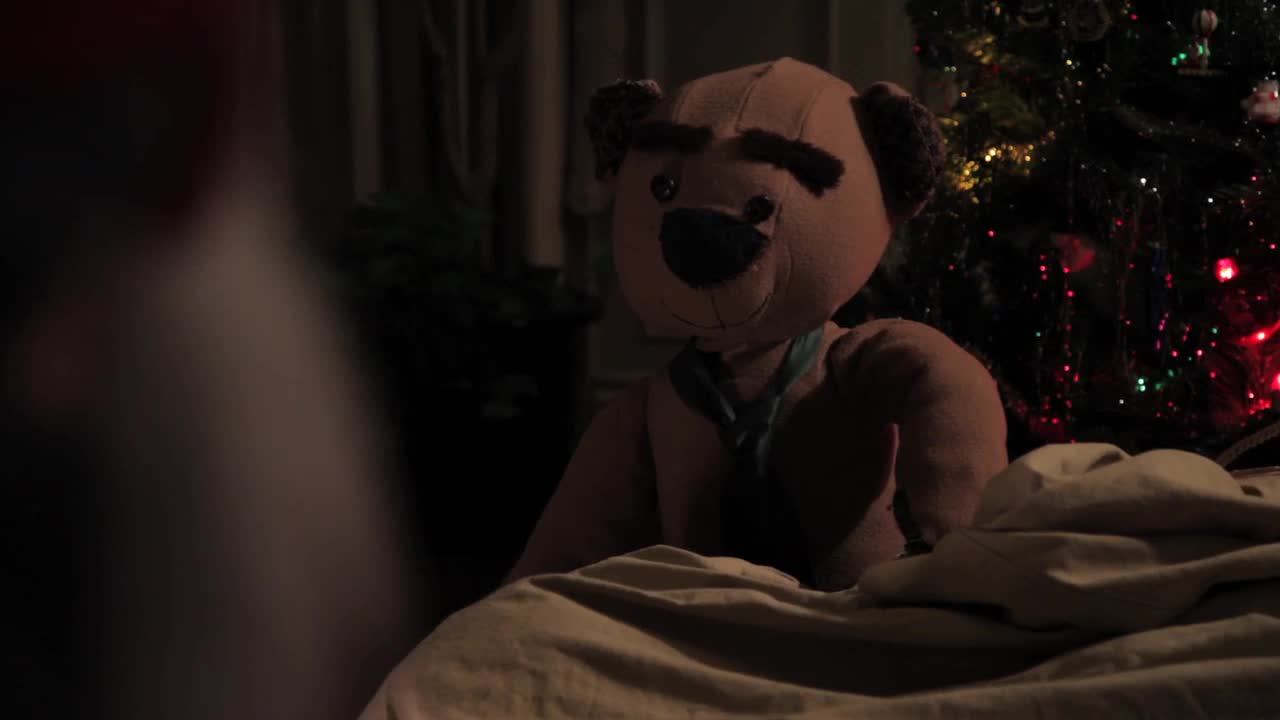 Santa stuffs the stockings with care… Unbeknownst to Santa, a young Teddy Bear spies from out of Santa’s sack. What the bear – Mr. Gregory – witnesses brings up questions of who this little girl might be and what impact she will have on Gregory’s life and destiny.  In the end, they’re all in for a big Christmas surprise.

After shooting GTFU we were left with a very functional puppet. We decided to shoot “Christmas Stuffing” for fun. It’s not as ambitious as GTFU was, but the humour’s the same.

You can watch the sequel to Christmas Stuffing at Grow the Fuck Up!

0 0
3 Comments
Mansion of Terror
Those Hidden Amongst Us: Bar Tab