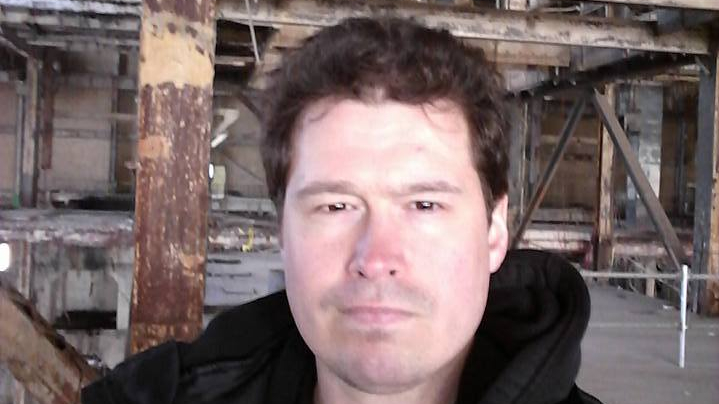 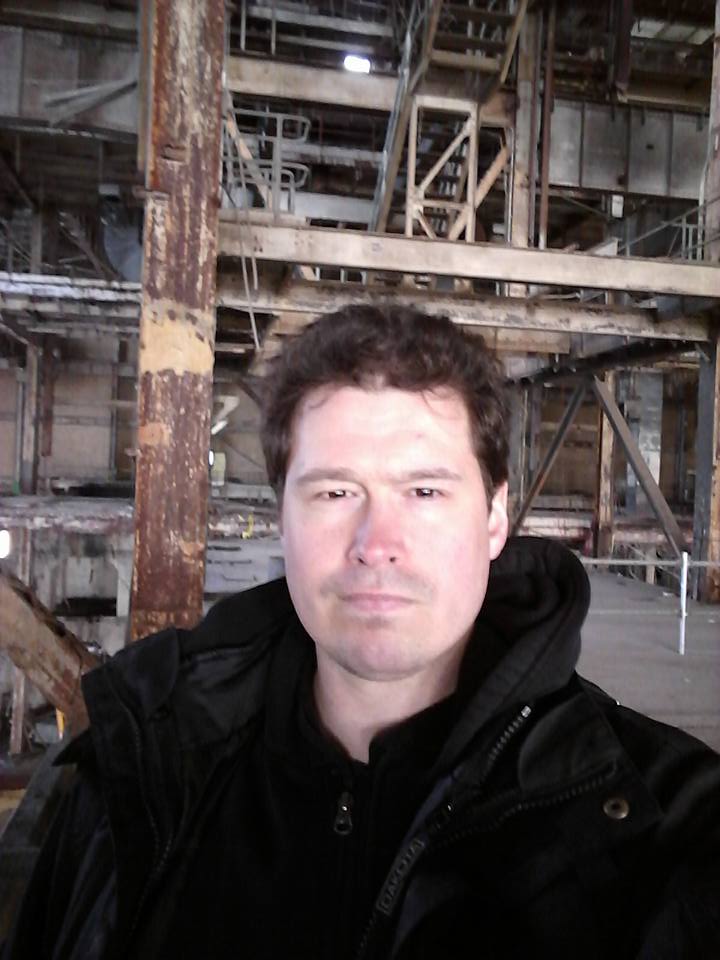 As a film technician, I sign confidentiality agreements for each show I work on, so I don’t take photos of set. I snapped this photo, because it doesn’t give anything away, it’s just the location. This is the old coal power station, in Toronto, we call “The Hearn”. Tons of shows shoot at the Hearn.

The film industry is often associated with romance and glamour.  Some people spend their entire childhoods dreaming of the spotlight, and a career working in the movies.  As a kid, I dreamt of everything but.  Ironically, I’ve worked in film/television, as a lighting technician, for over a decade.  I originally wanted to design video games…

I remember back to my time spent living in Vancouver, eight years to be exact.  During that time, I worked on a lot of shows.  Some shows I worked on for weeks on end, and others, just a day here or there.  A handful of shows, I only worked a day on, often a last minute asap call.

One of those “one offs” for me was the Tim Burton film “Big Eyes”.  It was a film based on the true story of an artist named Margaret Keane; not one of Burton’s typical films.  A good movie though.

One of the key settings for the film, was Margaret’s home.  It was shot at a beautiful house in one of Vancouver’s more wealthy neighbourhoods, Point Grey.  The house was stunning.  I remember wrapping lights that were set up around the perimeter of the swimming pool.  A technician can only dream of living in such a place.

The day started out as a casual derigg.  Production had finished shooting on location, and all of our gear needed to go.  It was looking to be one of those better, warm, sunny, and luxurious days.  That is of course, until I headed out to the street to clear our heavy 4/O cable.  Our cable run ran along the sidewalk, and up a hill to the house.  I saw something I never would have expected in Point Grey… a sewage leak.

The sidewalk had become a shallow lake, and our five-wire run ran straight through it.  At first glance, I would have assumed it was mud, only it hadn’t rained and the odour was unmistakable.  It was a shitty situation, to say the least.  Like a good little Lamp Op, I threw my gloves on, and got to work.

Locations to Die For

You know all those dark, grimy, and dangerous settings you see in all of those action, horror, and crime shows that you all love so much?  Only a small percentage of those settings are built in studio.  Most of them, the most nasty of which, are shot on location.  Abandoned factories, iron mills, wood mills, power plants, and questionable alleys.  I remember on one show, in downtown Toronto, we had to tie our cables off the ground to avoid used syringes, crack pipes, and condoms.  This is the romance part of the story.

On some locations, there are strict rules of where you can and can’t go.  Ignore the caution tape, and you can fall through the floor, and drop 20-30 feet down onto solid concrete.  If you see metal dust or mold, don’t assume set decoration put it there, or that it’s fake.  Wear a dust mask if need be.  I remember rigging a saw mill for a super hero show.  I made damn sure I walked nowhere close to the real saw blades.

A location I’ll never forget is “Riverview Hospital” in Coquitlam, British Columbia.  It was once a real functioning mental institution, and a big one.  Riverview was out in the middle of nowhere and looked like it was build specifically for a Stephen King story.  The buildings were also connected by creepy underground tunnels.  Riverview had once housed a large number of patients, but most of the patients had been released before they started to rent out the location to film/television productions.  Most of the patients.

Back in Riverview’s early days, lobotomies and electroshock therapy had been performed on the premises.  Many film technicians believed the site was actually haunted.  Too bad none of the “Ghost Buster” films were shot there.

Over the years, I’ve faced a lot of mud… far too much mud.  I have nightmares of mud.  Also, ash – including accidental chemical fire ash.  Hazer smoke.  Fake snow.  Grease.  Rust.  Paint.  Fake blood.  Oh yes, and plenty of sand too.  Dusty studios are at the top of my list.  The dust is a mix of paint residue, saw dust, dirt, and actor’s tears.  I enjoy my after-work shower.

I worked a few days of derigging a big movie in Vancouver.  It was an ambitious film, and a decent one to watch, but I won’t mention which one.  All I can say, is that they wanted a “controlled” exterior environment.  For shooting purposes, it was great.  They created a small woodland village in-studio.  At least two stages were filled with dirt hills, trees, and ash piles.  I have to admit, the log cabins were really well designed and built.

They shot in this “village” for months.  No rain or root system created a complication though.  All of the dirt dried out and the dust spread everywhere, and I mean everywhere.  Even the rafters were coated in a thick dust.  Lucky for me, I didn’t have to shovel out the dirt afterwards.  That was another department’s problem.  But that didn’t spare us from the remaining dust.

Our cables were caked in this dust, like long brown cannoli.  At the end of a long twelve hour day, we were all coated head to toe in the stuff.  We had a compressed air hose on hand, to blow off the dust.  It kind of worked.  I remember arriving home each day.  I would tear off all of my clothes, to take a shower.  Even under my clothes, I was completely coated in the stuff.  It had seeped through my clothing.  I shudder at the memory.

I could go on forever with stories.  My stage hand stories are just a crazy, but I should stop here.  I think you get the idea.  If you have an office job, keep it, believe me.  Nothing in film is as glamorous as it seems, not even the “red carpet”.  I’ve been hired to lay down red carpet… I honestly prefer dragging cables through sewage.  Laying down carpet is horrible.  I could never get the damn thing to stay straight.  I prefer lights over fabric, photons always travel in a straight line.  I’ve worked too many years in entertainment.  If you hear of an opening for an office coffee boy, let me know.

0 0
No Comments
Ordered Chaos – Screenwriting
A One Shot Colony