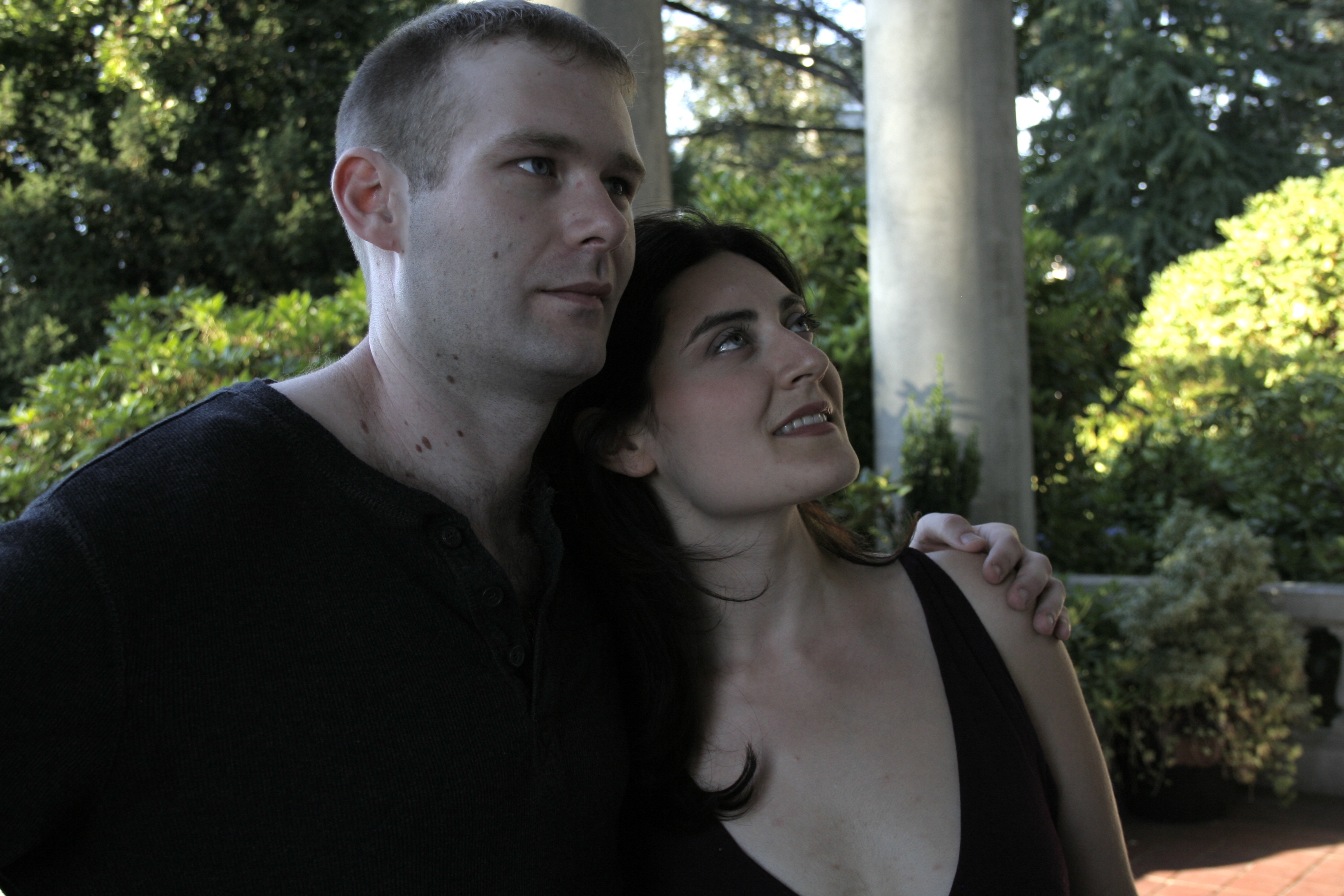 Johnny Gingell as Phil, and Ashley Rose as Tessa, in “Mansion of Terror”. Amazingly talented individuals. Photo taken by Chris Griffin, during a promotional photo shoot at the Hycroft Mansion in Vancouver, BC.

Like most people, I’m sure you can remember back to a movie you saw where you thought “The lead did a good job, but it wasn’t anything special.”  The lead actor had skill, but you knew most skilled actors could have done just as well in the role.  The world is full of skilled actors.  Some of them come to life, in the right role.  Others make every role they land count, each performance is unique.

There is pure magic in a personalized performance.  Such as when an actor completely owns a character.  Whether they be a character actor or a method actor, that extra emergence makes a difference.  Heather Ledger as the Joker.  Johnny Depp as Captain Jack Sparrow.  Sean Penn in “I am Sam”.  No one will ever forget James Earl Jones as the voice of Darth Vader.  How about Josh Brolin as the voice of Thanos?  I have a great respect for voice actors.

Great performances transcend genre and theme.  Too many actors try and give audiences what they “want” or expect.  I applaud the courage of actors who see an opportunity to delve deeper, and find more in a character than even the screenwriter or director envisioned.  I look at a great show like “Orange is the New Black” and it’s casting and writing.  That show told stereotypes to go fuck themselves.

Casting on my past film projects have been interesting.  I’ve cast agains’t type many a time.  Sometimes you have to.  All the actors you find who fit the character’s profile, lack that special something in their delivery.  The person who captures it, literally forces you to redefine the character.

Elena Esovolova as Margret Sapphire in “Grow the Fuck Up!”
This is a capture from the short film.
Cinematography by Chris Griffin.

I shot my short film “Grow the Fuck Up!” twice.  The first time, the film didn’t do the screenplay justice.  I went back to the drawing board, and I ramped up my efforts.  The actor, Valerie, who played my protagonist, Margret Sapphire, seemed like the perfect fit.  She was the right age, had the right look, and had a personal background similar to the character.  Her audition performance was amazing.  On the day, she delivered, but something was missing.

After I decided to reshoot the film, I decided I wanted Valerie to reprise her role.  I literally couldn’t find her.  The woman had fallen off the face of the earth.  I believe she had changed her identity.  In the world of film, these things happen.  People get discouraged and leave the industry, and everyone they know in it, behind for good.

With Valerie MIA, I was stumped.  I considered ringing up a couple of the other actors who auditioned.  Lucky for me, my good friend Drew Taylor had a suggestion.

While helping to renovate a “house of horrors” once own by a very dysfunctional family, I got to talking with Drew.  Work in film was lagging and Drew was nice enough to hire me to paint over some nasty-ass cigarette stains and fill in bebe gun holes.  I actually found a mummified rat in a pile of dust, in that foresaken home.  I told him about my “missing actress problem” and he suggested a replacement, our mutual friend Elena Esovolova.

Drew and I had both worked with Elena on a horror film, for a 48 hour filmmaking competition, titled “Tainted”.  She had an energy like few others.  Elena was at least five years younger than the character.  She later admitted to having little in common with Margret.  Elena was a sleeper choice, but the moment Drew made that suggestion, the stars aligned.  No audition was required; I offered Elena the role, and she accepted.  Most people I ask agree, she was the best part of the film.  My cinematography was listed as a close second.

Yet Another House of Horrors

Ashley Rose as Tessa, and Andrew Green as her father’s ghost in “Mansion of Terror”. A capture from the short film. Director of Photography was Shawn Seifert.

Another sleeper choice was Ashley Rose in “Mansion of Terror“.  Ashley and I knew each other through a weekly event in Vancouver, BC, called the “Actor’s Drop-in”.  It was a cold reading event for actors in the city.  I had an improv background, so I had fun with cold reads.  These reads lead to my writing scenes to be read.  That lead to creative partnerships on film projects.

“Mansion of Terror” came to be, years after my time with the “Actor’s Drop-in”.  I assembled a team for “Blood Shots”, which was a 48 hour filmmaking competition.  This was a different competition year than the one I mentioned previous.  Most of my teammates, I had worked with before.  One person I had always wanted to work on a project with, but hadn’t had the chance, was Ashley Rose.  This seemed odd, because we knew each other for years, had a lot of the same friends, and even lived in the same apartment building for a time.

Her talents, both as an actor and as a writer, blew my mind.   She shared my same twisted and perverse sense of humour. The potential of her involvement was irresistible.  There was only one problem, she wasn’t acting anymore.  Her life had taken a different direction, and she was dedicated to her new pursuits.  That didn’t stop me, I convinced her to join us in the comp.  For some odd reason, she said yes.

Like Elena, Ashley brought a unique energy to her performance.  Where Elena was explosive, Ashley was mysterious.  There was something going on behind those eyes, and even I couldn’t guess what that might be.  There was a complexity to her delivery that required little direction.  Unlike Elena’s endless – but extremely useful – questioning, I just gave Ashley her space, and she came back with gold.

Andrew Green as the “Pirate Clown” in the “Highlander” Parody “There can be only One”.
Director of Photographer was Matthew Seagle.

Another good example of a unique talent, is my good friend Andrew Green.  He has a glorious willingness to try anything, and he’s naturally funny.  He had small roles in four of my short films.  I put him in my films because he just made things better.  Andrew was cast as a pirate clown, the ghost of an abusive father, a female Hare Krishna disciple, and someone OD’d on a couch.  Question my casting decisions all you want, Andrew was fucking hilarious.  Also, Andrew, Kurtis Maguire (The voice of Mr. Gregory the teddy bear), and I all performed together as pirates in a Renaissance festival.  A good many of my Renfest buddies pitched in on my short films.

I could go on forever with stories of my early years of filmmaking.  Some will inspire, some will horrify, and all will entertain.  The message behind this blog?  Unique talent leads to unique experiences.  I don’t like being bored, and I assume the same goes for most audience members… Except for possibly “birders”, but don’t get me started on birders.

You can learn more about the Author, Chris Griffin, at About Me.